This is Disco his cedar coppery brindled hair and handsome face wasn’t the only beauty of this boy. He had the most amazing personality. I can’t lie I never met a pup smarter then Disco (Sorry to my boys but I gotta be honest). I remember his Mama telling me back in the day that he was a handful at first and that she worked so very hard with him. And all her hard worked payed off ten fold. At that work and also I have herd from many prairie folk that moving west gave them the west coast vibe… maybe Disco was the same also 🤣❤️When I met Disco he had a bell he would jingle to say he had to go outside to go to the bathroom, he would walk off the side walk and either sit down or stand aside when people were coming near so they could pass (being a big big boy it seemed to really put people at ease). So soft and gentle and snuggly even with his cat siblings it was super sweet. I know he holds a huge space in his Mamas heart and what I have shared is a tiny fraction of the light he shone on the world around him and all that knew him. I wanted to try make this piece feel like a warm soft dream for @joyyogapg and her lovely little family to have to feel Discos warmth visually still in their home just as his always is in spirit. 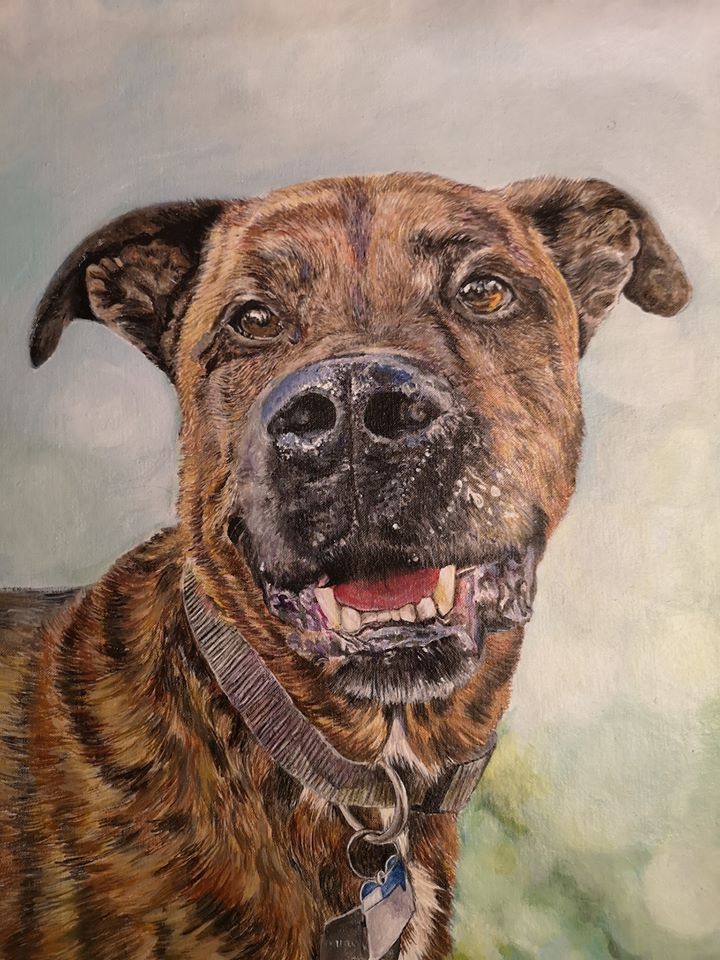